One of the most important things for students to do in the Salzburg program is to learn and practice German! There are many, many opportunities here in Austria, both inside and outside the Center, to improve your German language skills. Of course, there’s always the question: where do I start? Here we have collected several useful websites for learning German as a foreign language.
Dictionaries
Any internet-savvy person can tell you that Google Translate is not a bad place to start when it comes to translating German words, but if they’ve ever used it themselves, they can also tell you how inaccurate it can be! For one thing, Google Translate doesn’t give you the gender of nouns (der, die, or das) unless you specifically ask for it, and sometimes even then it’s already conjugated into a non-nominative form. Another drawback of Google Translate is that it doesn’t give you the full scope of a word. As in English, some German words have several different meanings, and it is difficult to discern which meaning is correct in context.
All that to say it’s usually better to use an actual online dictionary, like LEO (http://dict.leo.org). These kinds of websites can tell you all the meanings of a word and often include usage of that word within common phrases.
As for physical dictionaries, I personally would recommend the Hueber German-English English-German Learner’s Dictionary. Not only does it give you a word-for-word definition, but it goes on to explain the many situations and phrases in which you use that word. 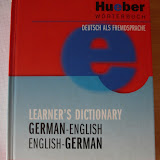 Online German Lessons and Tutorials
There are several helpful websites that offer full German courses if you’re willing to put in a bit of individual effort. My personal favorite is 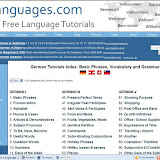 Online Resources for Practicing German
The “Selbstständig Sprachen lernen” (Independent language learning) section of Hueber.de is a great place for interactive German exercises and for downloading German texts to practice reading. It can be accessed through: http://www.hueber.de/deutsch-lernen/ 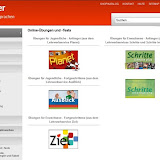 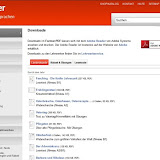 This website has a lot of online games for more interactivity: http://www.digitaldialects.com/German.htm