On the 20th of November, the spiritual committee organized a retreat based on the theme of self-reflection. Students arrived at a few minutes after ten, and spent the morning touring the Von Trapp family house. After eating lunch, students returned to the main room where the festivities began.

With a photo booth set up in the corner, and various games going on around the room, students leisurely enjoyed each other’s company until approximately one thirty. At this time, students were given a piece of paper and were asked to write down something they struggled with, as well as an embarrassing moment in their lives. After anonymously reading these papers out loud, the group discussed the simple truth that everyone struggles and has challenges they face, but that it is important to know they aren’t the only one. Father Barry, the priest associated with the Portland community, proceeded to talk to us about his own life, the struggles he has faced, and the lessons he has learned. We ended the group portion of the afternoon  by splitting into pairs and going for a walk into the mountains, learning about the lives of our partners, many of whom we had never really had a chance to talk to before. Before heading back to the center, Father Barry led a mass which some students chose to attend. The entire event was a fantastic success, and was thoroughly enjoyed by all participating students. 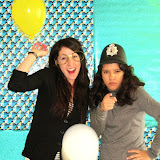