Of the many wonderful experiences and opportunities we have been given this year, the Spring Tour is one of the most exciting. Spring tour was the trip that everyone had been waiting for all year. This is a three week long tour that goes by bus through Greece and Italy. Before heading out on this adventure, we were lucky enough to have a guest speaker who visited the center in Salzburg and gave us a presentation on ancient Greek and Roman history and mythology. This gave us some background information on many of the historical sites that we would be visiting on our tour. This trip gives us the perfect opportunity to learn from different environments and experience new cultures.
We departed Salzburg on Wednesday, February 15th, on our way to Ancona, Italy. Once there, we boarded an overnight Ferry and arrived the next day in Igoumenitsa, Greece. From there we drove on the bus to Kalambaka. 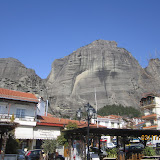 The next day we spent visiting the Meteora monasteries. These were high in the mountains and presented breathtaking views. 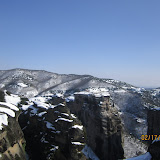 We spent that night in Kalambaka and departed the next morning for Delphi. On the way there we stopped for lunch in the beautiful town of Itea. 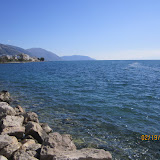 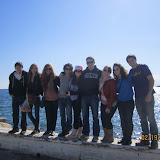 In Delphi our hotel was close enough that we were able to explore the town and some of the amazing viewpoints there. 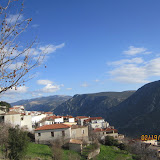 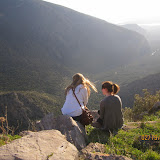 After spending our first night in Delphi, we headed out the next morning to take a tour of the archaeological excavations and the museum in Delphi. This is where we met up with the tour guide who remained with us for the rest of our time in Greece. In the museum we were able to see some of the art pieces that we have studied in our Fine Arts class this year with Dr. Loos. It was an amazing experience to be able to see the actual, physical works that we have seen in our text books so many times. It was an amazing experience and brought another level of appreciation for what we were seeing. 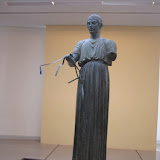 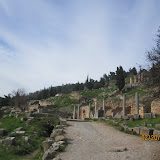 From  Delphi we headed to Nauplia, stopping on the way to visit the Canal of Corinth. 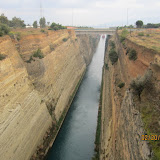 We also visited Mycenae and the Lion Gate, another site that we had studied extensively in our Fine Arts class before coming on the tour. 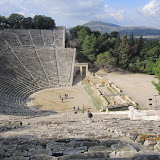 We were able to spend a lot of time in Nauplia and we got to see some of the amazing viewpoints there. 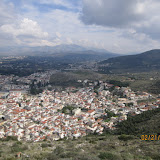 We were lucky enough to visit Sparta as well before we departed for Olympia. On our way to Olympia, we visited the Theater of Epidauros. Seeing historical sites such as Epidauros come to life, seemingly out of the pages of “Art through the Ages”, was a wonderfully surreal experience. 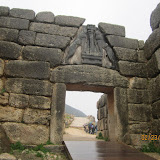 In Olympia we were able to visit the museum and historical site of the Olympic Games. It was amazing to imagine how many people the stadium held in the time of the Ancient Greek Olympic Games and to standing where so much history had taken place. 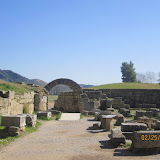 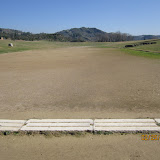 Olympia was our final stop in Greece, and from there we headed to Patras where we boarded another Ferry, this time going to Italy. We arrived in Bari on Sunday, February 26th to where we began the Italian portion of our tour. From Bari we headed to Pompeii where we enjoyed lunch and a guided tour. 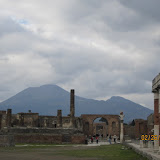 From Pompeii, we continued on to Rome, arriving that evening. The next morning we enjoyed a guided sightseeing tour of Rome by bus where we visited Early Christian Rome and The Catacombs of Dornitilla and that afternoon we also had a guided tour of the Roman Forum. 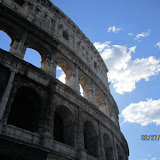 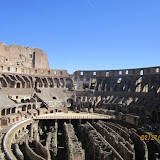 The next day we visited the Vatican Museum as a group. This was one of the most amazing stops on the tour because there were several works of art within the Vatican which we had studied extensively. These works included, of course, Michelangelo’s Sistine Chapel, as well as Raphael’s “School of Athens”, among many others. 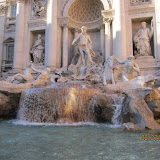 After this we had some free time to explore some of the sights of the city ourselves. It was wonderful to see much architecture, as well as so many churches and sculptures, that we recognized by name and artist. 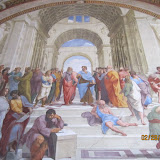 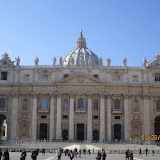 After spending a few days exploring Rome, we headed to Assisi where we saw the Churches of Santa Chiara and San Francesco. 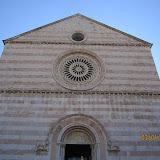 Then we continued on to Florence where we saw the Accademia Gallery and Michelangelo’s “David” as well as the Uffizi Galery which held many works we had studied throughout the year. 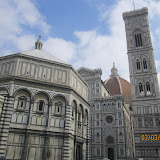 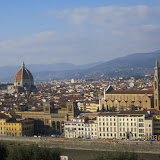 From Florence, we headed for Ravenna where we visited Sant’ Apollinare Nuovo and San Vitale as well as the Galla Placidia Mausoleum. Then we were on our way to our final destination: Padua. In Padua we visited the Arena Chappel and the Basilica di Sant’ Antonio.
On Tuesday, March 6th our spring tour through Greece and Italy came to an end. It was an absolutely amazing experience and we were able to truly appreciate everything that we saw to the fullest extent because of the preparation we received from our professors before leaving on tour. This trip will never be forgotten by any of the students who took part in it and it was one of the most incredible experiences we have had so far this year.

Here are a few things some students had to say about Greece:

“I would love to go back to Greece because I loved the people and the culture. Getting to know the small towns was very unique and the history behind the ruins was interesting.”

“I want to visit Athens and some of the Greek Islands, because I think that there is even more to Greece than what we saw on our tour. My favorite site was Delphi, because I thought that one could really feel the past there.”

“I will definitely return and visit the Islands. The food was incredible! I enjoyed learning about Greek Mythology.”

“I want to go back and visit Athens as well as the coast more. Getting to see all the monasteries and learn more about the Eastern Orthodox religion was very fascinating.”
Here are some things students had to say about Italy:

“I definitely want to go back to Florence and get to explore more Italian culture. I made many great friends in Italy and all of the art and architecture was amazing!”

“I want to tour Italy again – perhaps to see more of Tuscany and the South. I really liked the culture and the food.”

“I would love to return to Italy. I felt well prepared by our Fine Arts class and had a greater appreciation of art and churches. I thought we were able to see so much and I thought the amount of time worked well in most places. I loved Spring Tour. It was such an amazing experience!”